Whiskey Jacks and a Stepped Tenement added to the Undertown table 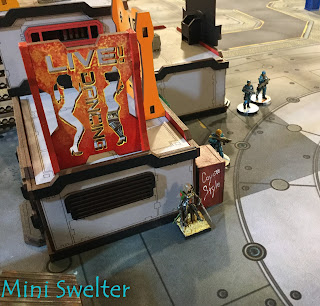 Whiskey Jacks is the seedy watering hole that the Undertown needs to survive.  Home of all manner of ill favored leisure pursuits its the bane and the glue of the Undertown.

The kit itself is the most complex of the Undertown buildings I've worked on to date. Its also got the most sparse set of building instructions which seem to assume that you are already familiar with these buildings.. which... I am! so its all good but if you start your Undertown journey with Whisky Jacks be aware that you'll have to search a around the blog a bit to find instructions for some of the sub assemblies. 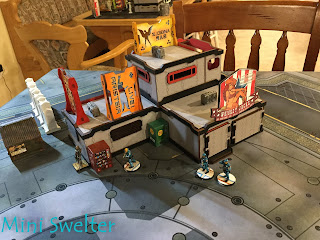 One of the coolest features of this kit is also super simple... but brilliant!  It includes security shutters for the doors and windows that are easily placed or removed via some hooks.  This makes the shutters themselves all single piece items and likely to stand up well to use. 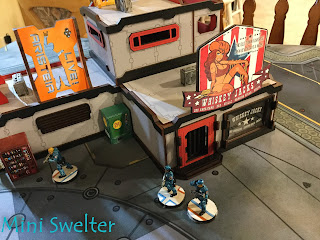 Above you see the security shutters in place and to the left they are removed to reveal the reverse etched window details and doors.  Of course this is the Undertown so the doors and storeroom windows have permanent security bars installed even during business hours. 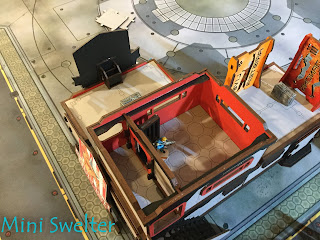 I re-enlisted the aid of Sister Scout Celenia for scale from the fabulous Raging Heroes lineup.  Also appearing are some police/security guards from Mantic's Star Saga as obstacles to Sister Celenia's investigation of the moment.  Fortunately she is adept at moving unseen through the Undertown and evades the very alert security team. 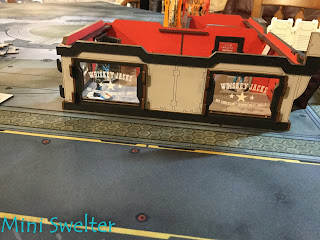 The upstairs residence (or VIP room) is an example of how it helps to understand the way these buildings are assembled.  The instructions ask you to place the front hall wall before adding the black interior  detail strips and door frame.  This is contrary to all the building instructions I've previously assembled from this series.  Adding the front wall first would make it much more fiddly to glue the interior wall details neatly into place.  Armed with the experience of the previous kits I left the front wall placement until after completing the interior hall details. 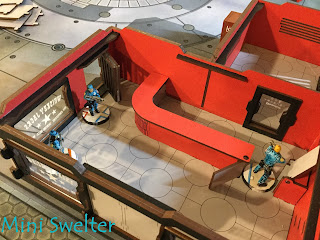 While the interior is not the highly detailed variety that we saw with Suburban Office 2 it does have a nice, operational, bar and I'll come back and detail this up once I make certain I don't have some resin upgrade or scatter package for it in the big box o Undertown stuff. 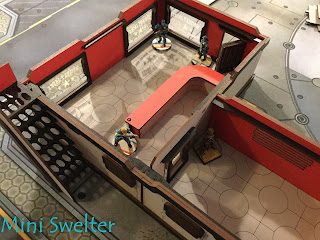 The Office door was completely missing from the instruction write up but did show up in one of the interior pictures. Be careful when installing the Office door base plate as I got it in backwards and had to drill a new hole due to the door being directional.  Always dry fit first!  The other doors are less fussy but they get build with a definite front and back which is important for a nice fit when closed. 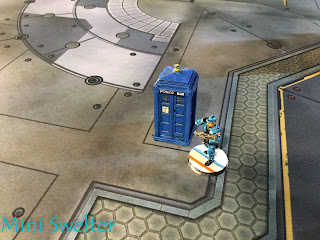 Whiskey Jacks comes with two main signs... one designed for permanent mounting which, due to my failing to read the entire assembly guide before starting the build, I was unable to attach as designed.  I had already used the alternate part and the glue was well set.  No worries though the detachable sign works quite well (after modifying it to accommodate a larger border wall.  Its set up for single wall thickness and all the roof-line walls are double thick) and I'll be able to convert the other into a detachable sign as well... never too many signs! 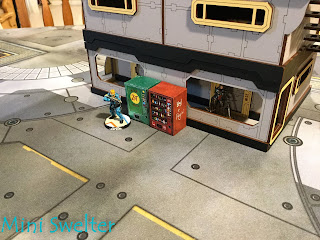 The Stepped Tenement allows you to be the vicious Slum Lord of your dreams! Not content with merely providing the miserably small living spaces and thin walls of the basic Tenement it lets you actively oppress the residents by forcing them to walk through every square inch of hallway and stairs in the building to get to their room!  Fiendish! 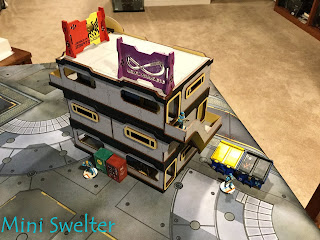 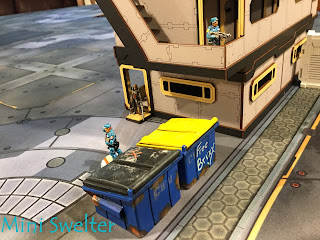 Sister Scout Celenia ghosts past security as they search the Stepped Tenement. heading for the Traffic barriers that are blocking the road out of the Undertown.  The traffic barriers are also from Antenociti's Workshop and still await, as does the rest of Undertown, the addition of proper amounts of graffiti! 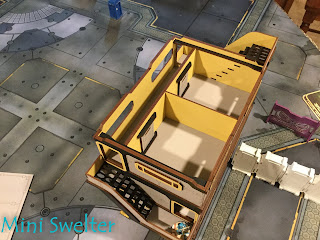 Internal view of the Stepped Tenement Its similar to the basic tenement except that the halls alternate sides by floor.  Great for making sure that anyone who is trying to sleep has hallway traffic noise above them, below them, and outside their door.  Evil genius!
Posted by Swelter at 11:39 AM 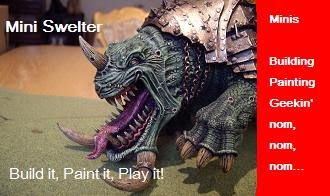 There are a ton of folks posting about building and painting miniatures. This is mostly just a test to see if jabbering about it actually makes me more productive.

I'm actually not lazy. The built and painted figure total is over 10,000. That is a lot but I've been at it for 30 years or so. Like a lot of gamers/modelers/painters, my appetite for new miniatures is enormous. It far exceeds the time I have to work on it, but hey... you're in the same boat. Maybe we'll all get inspired!

Swelter
I'm a long time gamer and painter... a geezer really! Just trying to make a dent in the pile of minis before I get to blind to do it anymore.